Insight into the industrial design process

Sustainability in an Industrial Enterprise – Is this possible? 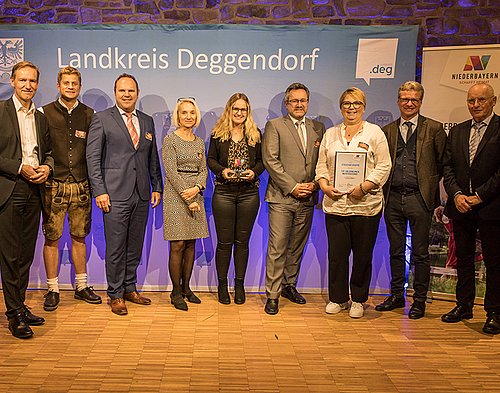 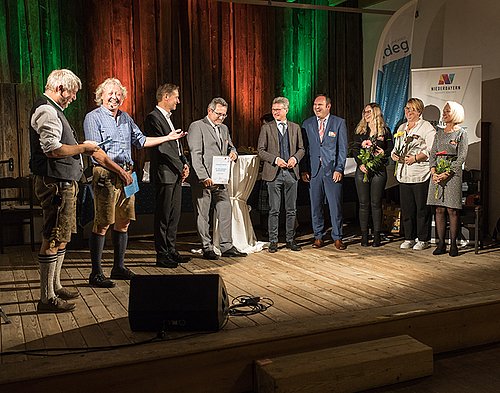 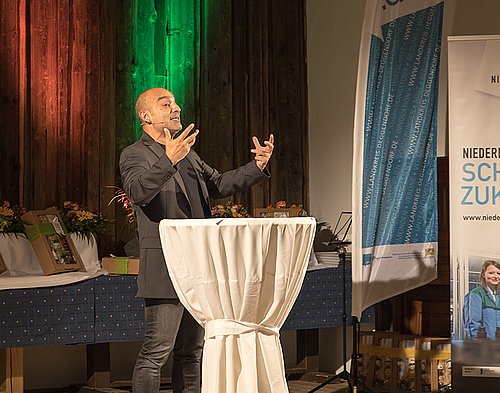 The award for " TOP-Unternehmen Niederbayerns 2022" honors those companies that stand out regarding their performances and their special commitment in the region. Evaluation criteria for the jury were: economic competence, social competence, ecology, regionality and local allegiances.

As part of a "Bavarian Late Night Show", the award ceremony took place on September 28th, 2022 in the restaurant “Nothaft-Gewölbe” in Hengersberg. The event was accompanied by singing of “Gstanzl” (special Bavarian type of singing) from the duo called "Da Franze & sei Spezi" and musically framed by the students of the high school of Niederalteich and the participant of “The Voice Kids”, Svenja Klein.

Cabaret artist and laudator of the evening, Django Asül, presented the winners in a familiar entertaining laudatory speech. The STREICHER Group applied with its local subsidiaries and was highlighted as one of the largest employers in the region because of its regionality and local allegiances. Furthermore, Django Asül pointed out the innovation power of STREICHER when stepping into new markets in due time while simultaneously using existing synergies.

The awards were presented by the Lower Bavarian District President Rainer Haselbeck and the Deggendorf District Administrator Bernd Sibler.

We are very pleased about the appreciation associated with the award. The basis of the performance of the STREICHER Group and thus the basis
for this award are our highly motivated employees, whom we would like to thank very much for their great commitment.

For the best possible user experience, we use various services that use cookies and similar technologies. Some services are technically necessary and are providing basic functionality for this website. Others are used to analyse and improve your user experience or to provide you with certain services. For these services we need your consent, which you can withdraw at any time. Find more information regarding cookies and external content on our Data Protection Declaration and regarding us on the Legal notice.